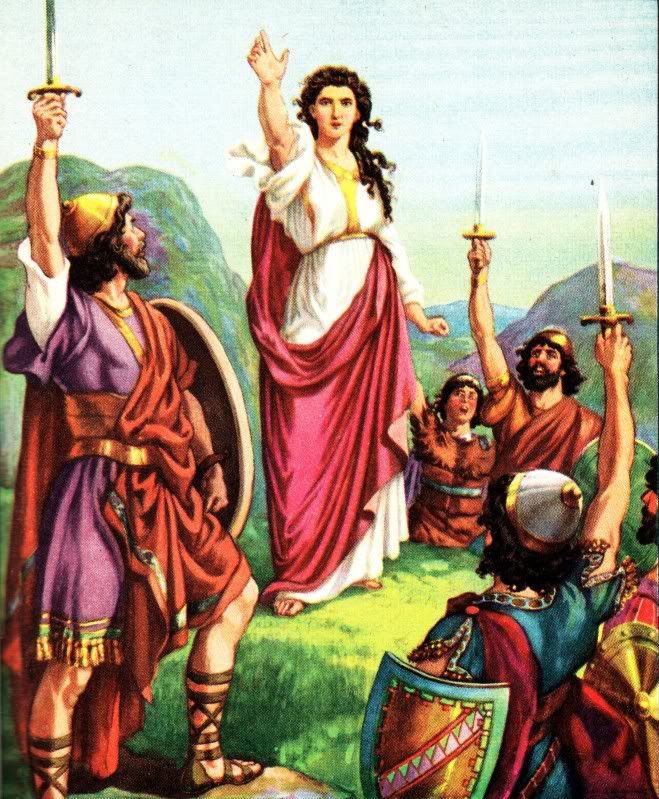 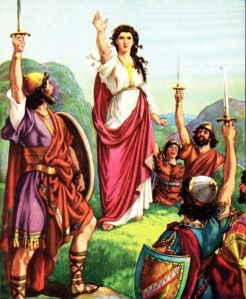 Today’s chapter introduces us to the fourth judge in Israel’s history, Deborah. After turning away from God, the people were oppressed by the Canaanite king Jabin of Hezor. Deborah called upon Barak to raise up an army and meet the Canaanite army in battle. Barak agreed, but insisted Deborah accompany him. She agreed, but informed him that he would not receive the honor of beating Sisera (the commander of Jabin’s army). Instead that honor would be given to a woman. When the two armies met, the Israelite army overcame their enemy. Sisera, in fear, left his chariot and ran away on foot. Barak lead his army to chase down the retreating army and killed them all. Sisera came to an ally camp, where he sought to take refuge. When he fell asleep, the wife of his ally came into the tent and killed him. She showed Barak what she had done, and he continued on to eventually defeat King Jabin.

This story echos a similar statement made earlier in the Bible. “The Lord shall cause your enemies who rise up against you to be defeated before you; they will come out against you one way and will flee before you seven ways” (Deuteronomy 28:7, NASB). God cause Sisera to flee before the people of Israel. He set before them a call to rise up and overcome their oppressors. When they put their faith in God, He went to battle ahead of them and assured their victory. If they had not relied on Him, they most likely would not have had the same outcome.

I feel that the message for us today is to trust in God, and He will cause our enemy to flee. The enemy I’m speaking of is sin. Sin creeps up on us, and tempts us with everything its got. But when we draw nearer to God, He causes the Enemy to flee from us. The apostle James writes, “Submit therefore to God. Resist the devil and he will flee from you. Draw near to God and He will draw near to you. Cleanse you hands, you sinners; and purify you hearts, you double-minded.” (James 4:7-8, NASB).

The call is for us to draw near to God. That’s the same thing that the Israelites did under the guidance of the Judges. When we draw near to Him, He fights for us and causes our enemy to flee from us. Spend some time in prayer over this today. Let Him draw you into His presence, and feel relief when you sin has been overcome!

Also in this series