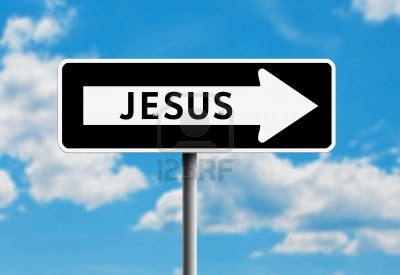 In today’s chapter, Paul seems to question the way both the Jews and Gentiles run their lives. Many of these comments he makes, still hold relevance in our lives today. When you read the Bible, it is pretty amazing how many times life really hasn’t changed that much since Jesus’ day, and even before.

The first comment that he makes, that is totally counter-cultural is to have respect for authority (especially government authority). “Everyone must submit to governing authorities. For all authority comes from God, and those in positions of authority have been placed there by God.” (13:1 NLT). I wrote a little bit on following authority back in July. But it still holds true today. But it goes beyond just submitting. We have to show respect. We’re almost a year away from the last election, and people today still get pretty nasty over the winner or loser. It’s true that we can disagree with whatever policies or laws are made, but that doesn’t give us the right to name call or speak negatively. As a Christian, I believe that it is our duty to show right respect and submit to authority without any complaints. It is the world’s job to complain, not ours.

Paul goes on to call government “God’s servants”. They are charged with upholding the peace here on earth. God handles the eternal justice, but government is told to handle physical punishments. Paul said in the last chapter, “Don’t think you are better than you really are.” (12:3 NLT). If we were given the gifts and abilities to participate in government, that’s where we would be. Being in government is a special call, and not everyone can do it. But since we disagree does not meant that we are better than “God’s servants”, so don’t act like you are. Do the counter-cultural thing and accept governments role over you. Thank goodness we have the right to vote in the United States. That gives us the ability to voice our opinion. If you aren’t fond of the government, vote to change it. Otherwise, we must follow it’s lead (provided it doesn’t conflict with the way of God).

The second counter-cultural point that spoke to me in this chapter comes towards the end. In today’s world, along with the culture of Rome during the time of Paul’s writing, a party culture seems to reign supreme (especially for my age group). Nobody seems to think there is anything wrong with going to parties all weekend and getting drunk. Sexual promiscuity is a big issue as well. It isn’t a problem for people to fight with others over something simple or a misunderstanding. And there is a “keeping up with the Jones'” mentality among most people. Yet Paul writes, “Don’t participate in the darkness of wild parties and drunkenness, or in sexual promiscuity and immoral living, or in quarreling and jealousy.” (13:13 NLT). The world tells us that behaving this way is some how wrong, and the word “prude” gets thrown around. But what if Christians lived this way, and tried to help people see the error in their ways. The world would probably become a better place, and some of our problems might not be issues any more.

The things that God asks us to do, don’t always feel like big things. But when we think about what our friends, family, and the rest of the wold choose to do because “everyone else does it”, we begin to see how counter-cultural this way of life really is. So my friends, I encourage to know that you are not alone. We all have these issues to fight against, and God wants us to do it. This way we prove that we are His, and not the world’s. “So remove your dark deeds like dirty clothes, and put on the shining armor of right living.” (13:12 NLT). It will be hard, but God is there for you, to help you remain His and go against culture.

4 thoughts on “Being a Christian is Counter-cultural (Romans 13)”